I used to blog late at night.

Things changed after we moved in with my Father-in-law.

One evening as I was typing, the wind started howling… the doors creaked.. and I heard footsteps.. The thought of my late mother-in-law dropping in for a “visit” petrified me.. Quickly, I whispered a prayer and went to bed.

Since then, I blogged in the afternoons.. It wasn’t solely because of that incident, it was partly because staying up was disruptive to Kitty’s sleeping patterns- he would only sleep when I’m done, much to our dismay.

In the afternoons, Kitty would be sitting in a corner watching me blog, taking a nap, or secretly plotting to destroy my laptop. 😛

At the entrance of the room.. Now you see me, now you don’t.

He is my go to friend, when I’m taking breaks between my stuff. The work colleague that you always hangout with? Yea, Kitty has become that person. 😉

When I’m stuck in a blogging rut, I would paced around the house for ideas. There he would be, watching me silently from the corners of the house.

Hello! From the entrance of another room..

From conception of an idea to completion of a post, Kitty is my witness throughout the process. In many ways, he is my inspiration. 🙂

He is always there watching over me..

Ps: Sorry for the absence. I was down with nasty gastroenteritis.. and it took time to get well. Hoping to get back to the routine!

While she was still around, Blueberry and I gave her a ring for her birthday.

Green onxy set on a handcrafted ring..
This is part of the birthstone series from Choo Yilin, a local jewelry designer.

It was the best we could afford back then.. a gold-plated ring, which costed $240.
The band is malleable, which allows the wearer to mould the ring to fit better. 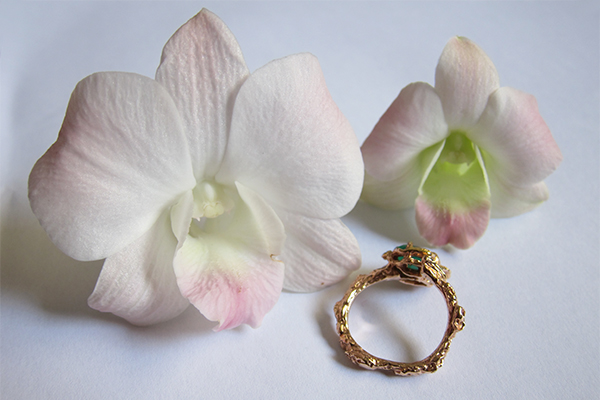 The band of the ring fashioned like a vine.. Can you see the patterns of small leaves?

She was a peranakan and loved intricate details.. most importantly, she loved being pampered with presents. 😉

The ring is under my possession now.. I wondering if I should start wearing it on special occasions. It would be nice if I can wear something that belongs to her.. But the thought of the ring weathering fiction or scratches make me shudder.

To wear or not to wear?

Maybe, it’s best to keep it safe in my jewellery box.. some memories are too precious to lose.

Today, I had fun photographing some items found at home.

Two by two.
Petite white and blue teacups, left by my late mother-in-law.

Ah.. the little gems you can find at home. 🙂

“Some people come into our lives and leave footprints on our hearts and we are never ever the same.”  – Flavia Weedn

It’s been more than a month after Mum’s passing.. And so much has changed.

The In-Laws place feels different without her around..

Oh God, I miss her so much.

She taught me how to bake delicious cupcakes… and inspired me to learn cooking. She also taught me about open communication (a no-no in my home) and that completely changed my life.

A mentor, friend and a mother, she was to me.

There is a saying time heals all wounds.. Perhaps this part of my heart will never heal.. The fond memories of her will be safely kept here.

Rest in peace, Mom.. Guide us and pray for us, as we go about our daily lives.. I miss you so much.

We had a scare on Tuesday.

.. the doctors were worried she wouldn’t make it, so they informed Blueberry to come to the hospital.

Blueberry and I have never seen this happen before..  and we rushed to the hospital, as fast as we could.

Terribly frightened, we stayed in hospital the whole of Wednesday…

There wasn’t much to eat in the hospital, so Blueberry and I headed out to the nearest hawker center. 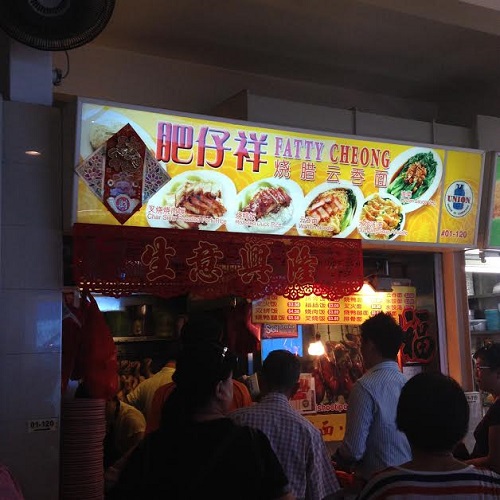 What’s for lunch?
Our chow for Wednesday.. I’ve never eaten this before. It tastes really good!

When the doctors reviewed Mum on Thursday, we were glad to hear her condition has stabilized.

Soon, she was stable enough to be discharged for home. 🙂

Since then, Blueberry and I visited her more frequently.. helping her in any way we could.

The doctors said she has to be on a renal diet for her health.

.. they also mentioned if she is compliant with her diet, she could have another few more months to live.

(There are so many things she can’t eat.. and to make it worse, she has a passion for culinary creations and food.)

It saddens me when I think of that.

It’s a torture to restrict a foodie from eating the food she loves.

We tried giving her small mouthfuls to taste.. and she ended eating the entire portion.. aiyo.

I’m frightened by what happened.. and I don’t want that to happen to her again.

Am I wrong to restrict her of her wants?

.. and by restricting her diet, would it help to improve her health in the next few months?

Several times over the week.. she asked for a grandchild too.

My heart breaks every time I hear her request.

As much as I want.. I wish she would live to see her grandchild.. but she might not have the chance to experience that. 😦

Ps: Please keep my Mum in your prayers.. I love her a lot and hope to see her get better soon. Thanks! 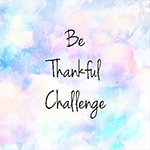